A missing man table, also known as a fallen comrade table,[1] is a ceremony and memorial that is set up in military dining facilities of the United States Armed Forces and during official dining functions, in honor of fallen, missing, or imprisoned military service members.[2] The table serves as the focal point of ceremonial remembrance, originally growing out of US concern of the Vietnam War POW/MIA issue.[3][4] 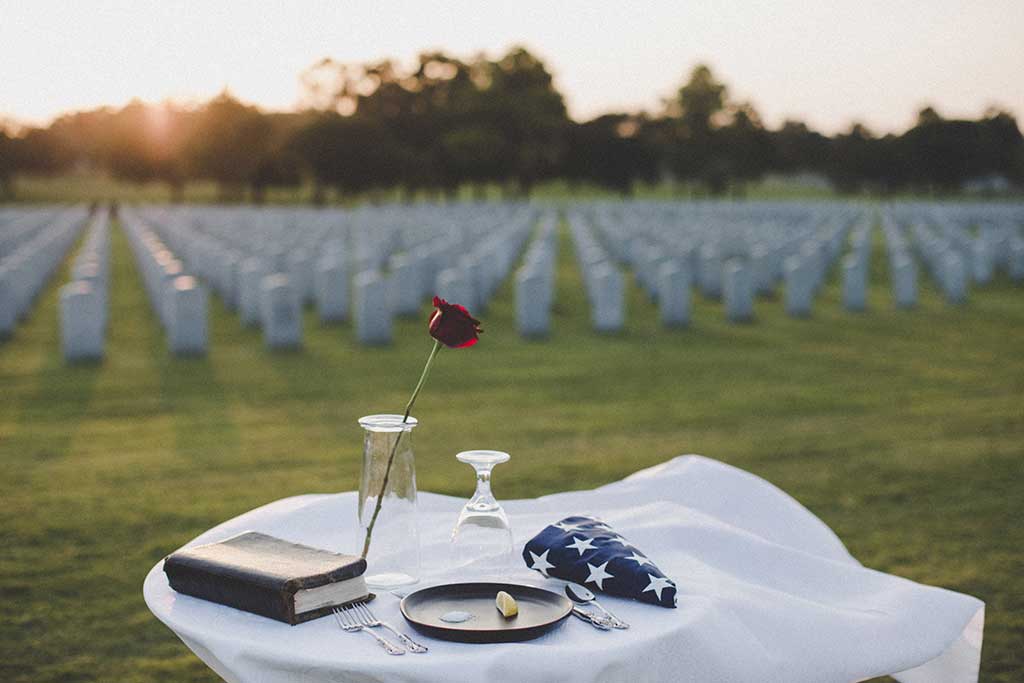 The missing man table consists of the following elements:

The elements are tradition, not prescribed. Individual displays may differ depending on the availability, practicality, and appropriateness of the various elements in a particular venue. The Bible, for example, could be omitted in a non-Christian or secular setting.