30 Years Getting Around the Internet 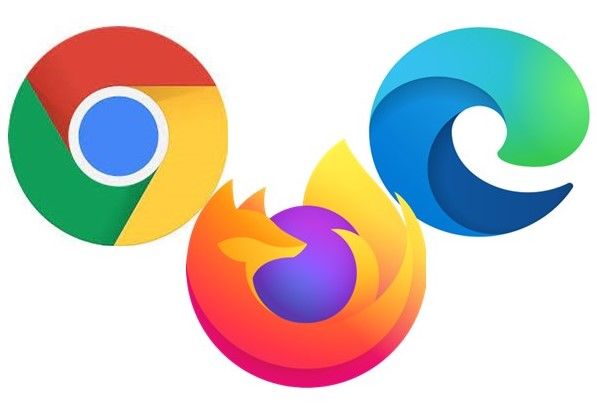 Getting around the ‘Net

This year marks the 30th anniversary of the Web Browser, and while it’s difficult to imagine the Internet existed without them, the first eight years of the web (The generally accepted birthday of the Internet is January 1, 1983.) were tricky and exasperating. There was very little regulation and trying to go to a website was frustrating.

The first Web Browser (March 1991) made a permanent mark on the Internet, as the vast majority of websites start with “www,” initials for the WorldWide Web. Since then, dozens of web browsers have come and gone to the point where about two dozen web browsers exist today, most of which you’ve never heard of.

As the name indicates, web browsers allow your computer to access the Internet. By entering the address of a website in your web browser (Yahoo.com, whitehouse.gov, cpointcc.com, etc.), the browser will allow you to access the website for its information and programs. In the process, the website will offer your computer a “cookie.” This is basically a password that allows your computer to access the website quicker in the future. However, “cookies” also keep track of websites you go to, allowing websites to determine your interests and browsing habits. Many sites use this information to target you with advertising or offers geared toward your preferences.

Three web browsers currently make up most of the Internet traffic, but most casual users likely know about two of them.

Google Chrome is one of the most recent browsers in use, debuting in mid-2008. It’s also the web browser of choice for most people with approximately 65% of all users. It's one of the easiest to use and is easily the most compatible with websites’ programs. A score of 555 represents perfect compatibility with programs used to power websites; Chrome is rated at 528. Due to its high compatibility, it’s one of the fastest browsers out there, and many competing web browsers actually use Chrome’s base programming to boost their own performance, adding other features to offer a different experience.

Microsoft Edge is both the oldest web browser in use and the newest. Edge is a revision of Microsoft’s Internet Explorer which debuted in late 1995, but now uses Chromium (Chrome’s base program) as its operating platform. Its main selling point is its compatibility with Microsoft’s Windows 10, the most widely used computer operating system. Edge is a component of Windows 10, but as you might notice, not all Windows users are Edge fans (As a side note, while support has ended for Internet Explorer and many websites no longer work with it, there are still millions of Windows users who cling to it.).

Mozilla Firefox had its start in 2004 and carries the distinction of being the most popular web browser not based on Chromium. Firefox is geared toward privacy for its users and a wide assortment of add-on programs that allow its users to fully customize their online experience. For that, it sacrifices compatibility with a score of 491. Since a score of 330 is still a high score, Firefox is still a great browser for those who like customization.

Which browser is right for you? As always, personal preference is the answer. Google Chrome is the industry standard, while Microsoft Edge is specifically built for Windows 10. Meanwhile, if your confidence in customizing your internet experience is high, Mozilla Firefox is tough to beat.