Windows Will Be Releasing A New Version After All

As some of you may have heard, I have to retract something I said back in March. It’s another good news/bad news thing, so let’s dive in.

In 2015 when Microsoft debuted Windows 10, they asserted it would be the last Windows operating system. That’s changed. Microsoft was working on an OS for business computers that used dual screens, and while that project has disappeared, it impacted the scheduled Windows 10 update for latter 2021 enough that Microsoft will indeed be releasing Windows 11 before year’s end. 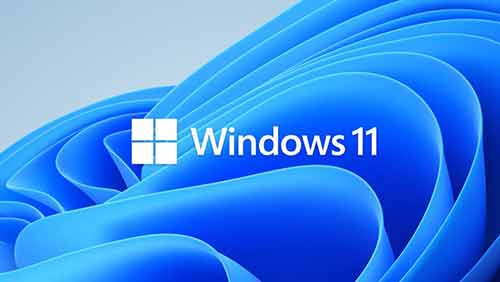 Leaks of the program hit the internet over the last several weeks, but Microsoft made it official in a news release on Thursday, June 24. A functioning version of the new operating system leaked onto the web over a week ago, and reports from people I’ve talked to who downloaded it were favorable. Time to talk about what we know so far.

The “live tiles” introduced with Windows 8 and used for the Windows 10 Start menu are gone, returning the desktop to looking more like previous versions of Windows. The new operating system also borrows extensively from Android and the Apple operating system with softer edges and a cleaner look. A big change is the Start button and taskbar are now centered to accommodate the increasing popularity of widescreen monitors and make interfacing simpler (Microsoft Windows lead Panos Panay has said ease of usage was one of the main goals for Windows 11.).

Windows 11 will also support Android Applications, so many of the apps you use on your (non-Apple) smartphone will be available to sync onto your computer as well, which will make it easier to take work (or other activities) on the road with you or back home. Microsoft Teams will also be part of the initial roll-out. Teams is an application that allows communication between people in a group on multiple levels allowing for the speed and flexibility of messaging but in a more private setting.

Finally, Windows 11 is expected to be faster than former versions, with smaller updates that can run in the background without majorly impacting performance. Background updates are expected to be 40% smaller than current downloads.

While no release date has been set, Microsoft says they will initially offer Windows 11 as a free update during the holiday season this year. Merry Christmas.